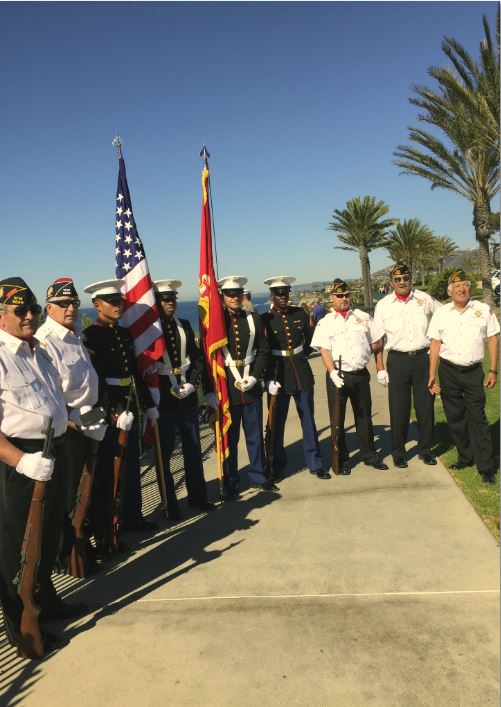 VFW Post 9934 and the City of Dana Point will present a Veterans Day program on Thursday, November 11, 2021 at the Dana Point Veterans Memorial starting at 10:00 am. The Memorial is located at 34201 Selva Road, at Strand Beach, just off Pacific Coast Highway.

The program will include an unveiling of the updated memorial plaques which list the names of persons who have died during the past year who were members of VFW Post 9934 or members of families of Dana Point residents.