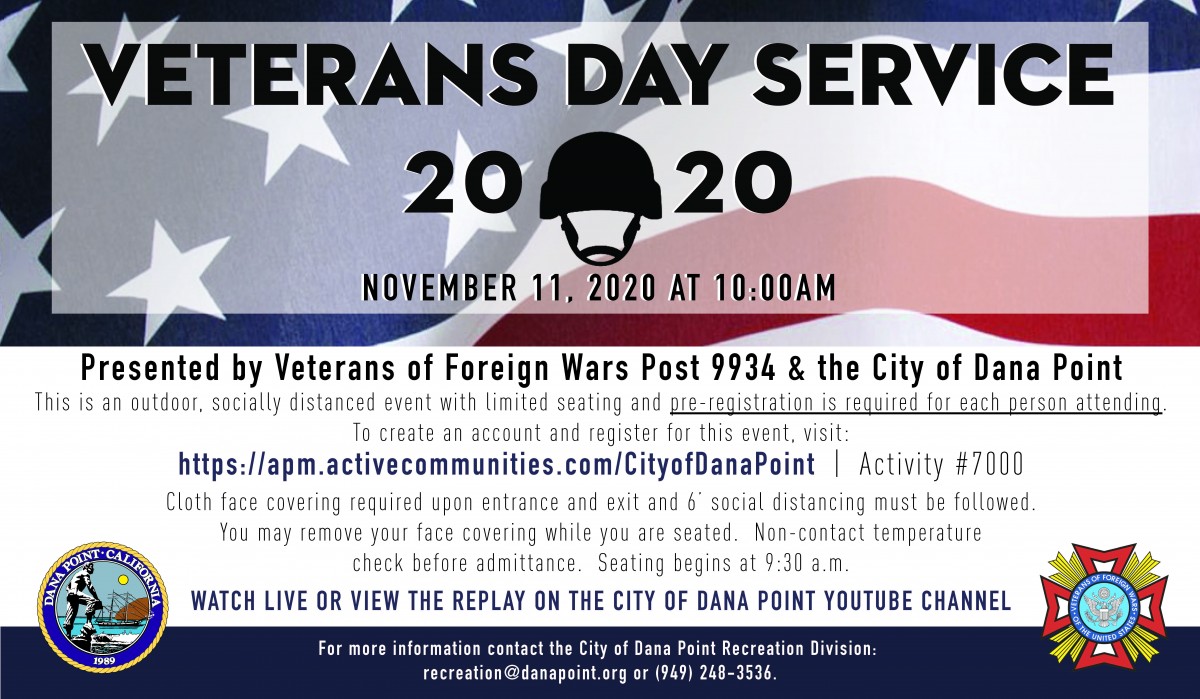 VFW Post 9934 and the City of Dana Point will present a Veterans Day program on Wednesday, November 11, starting at 10:00 am. The event for this year is being moved from the Veterans Memorial to the Dana Point Community Center to provide a safer environnment due to the Covid-19 pandemic.

Advance registration with the City of Dana Point Recreation Department is required for admission to the program. For registration, go to the Community Center, select Register for an Activity, scroll down to #7000, create your account and follow the registration procedure. Cloth face covering required upon entrance to the program and six foot social distancing must be followed. You may remove your face covering while you are seated. Non-contact temperature check before admittance. Seating begins at 9:30 a.m.

The program will include an unveiling of the updated memorial plaque which lists the names of persons who have died during the past year who were members of VFW Post 9934.